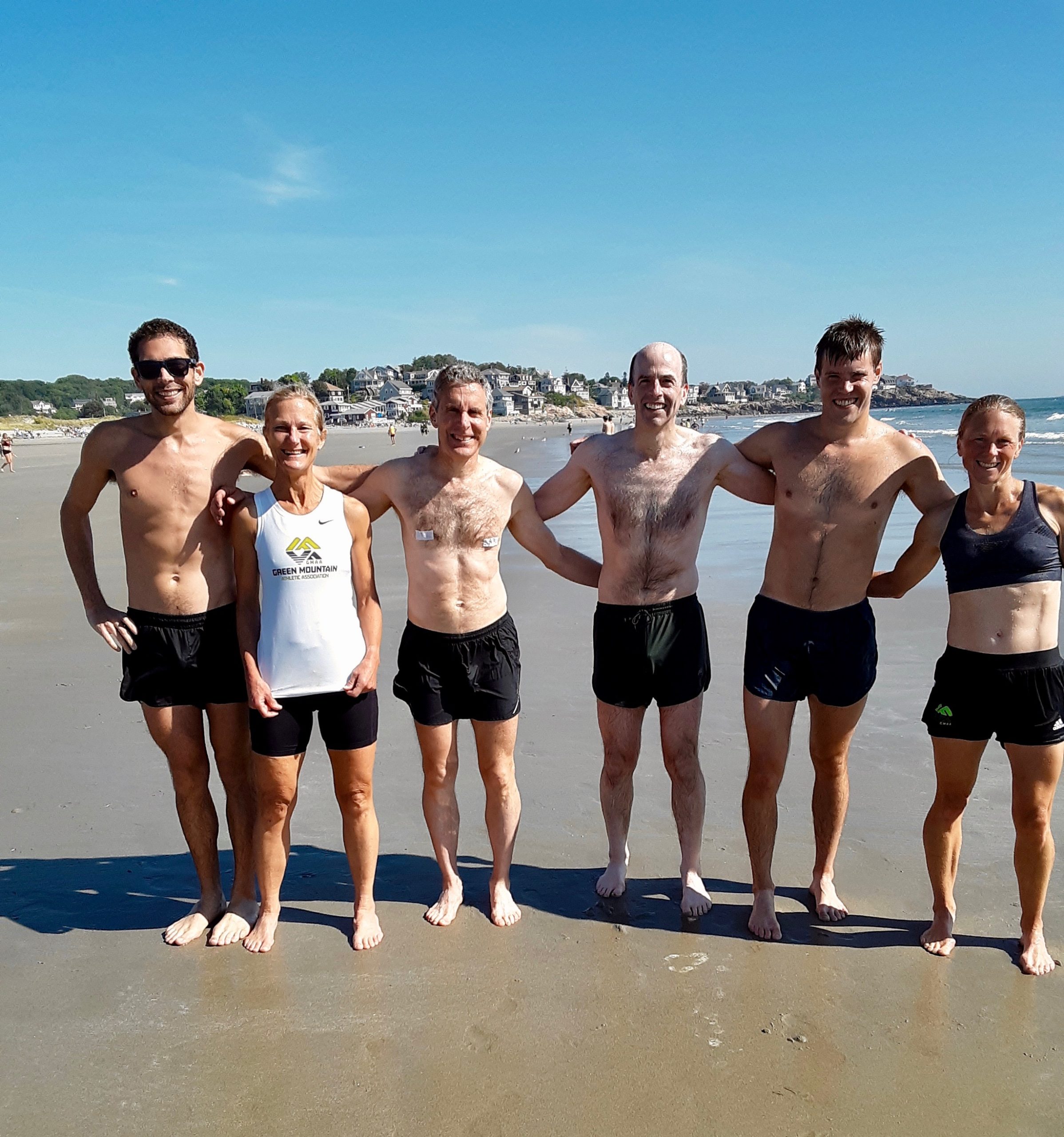 Eight GMAA runners spent the past weekend in Gloucester, MA competing in the Lone Gull 10k. This race served as the USATF-NE 10k Championship, and the second to last race in the USATF-NE Road Grand Prix Series.

Liz Champagne overcame much adversity to get to the finish line – first cracked cheek bones sustained in a race earlier this month threatened to prevent her from racing; not to mention an impending flight to Germany departing just four days post-race for the Berlin Marathon; forgotten socks necessitating her to race in a mid-calf floral patterned pair borrowed from her 84 year old mother (at least they were Darn Tough!); and finally confusion over her entry being listed as Liz Champlain instead of Champagne (the wine not the lake!). Liz persevered valiantly to finish in a level 8 min/mile pace, good for 8th place in the 60-69 age group – and keeping her in the running for the Ironrunner competition. Good luck in Berlin, Liz!

Ian McCallum-Cooke, with far less adversity to overcome, ran the fastest time of the the day amongst his GMAA peers in a ***NEW PR*** of 32:51. Ian has earned himself a spot farther toward the front of the start line for next year. Ian would like to give all the credit for his success to his fantastic BTV training partners and teammates.

Two club members with Septembers birthdays, Nick Persampieri and Kasie Enman, drew the short and long sticks of the age group lottery, respectively. Kasie turned 40 just before the race, so was the youngest Masters age grouper in the field and took full advantage of her comparative youth by winning the Masters title in what is rumored to be a masters record for the course. Nick (pictured above with the nipple bandaids), on the other hand, would be turning 60 the day after the race, so had to battle it out as the very oldest runner in the 50-59 group – as a 59 year 364 day old. Even so, he did manage to finish in the top third of his field besting many young whippersnappers.

Speaking of whippersnappers, Gordon McFarland and Allan Bates represented the GMAA with pride coming in 2nd and 3rd for 70+ age group. This was a rare defeat for Gordon who was playing it conservatively with a nagging achilles.

Other GMAA runners in the mix were Andy Klem and Alex McHenry. Thanks to Alex for driving half the crew down in his Nissan Versa!