The 2020 GMAA Turkey Trot was a bit different than in years past.  Well, we didn’t really have a Turkey Trot.  But then, we sort of did.  We met outside of Gutterson Field House, collected food and cash donations for Feeding Chittenden and an estimated 100 people did show up to run the course (unmarked and unsupported; appropriately distanced, we’re told) after dropping off their donations.  In-person collections happened from 9:00 until 11:00 while online monetary donations took place over the two weeks leading up to Thanksgiving.  A big thanks to the Law Offices of Bauer Gravel & Farnham who gave a matching grant of $1,000.  The food donations totaled 715 pounds (the biggest collection for us in a few years) and the monetary donations totaled $3,117.56 (equally impressive given the current economy).  In addition to those running the course, many more came with their donation before or after doing their own run elsewhere.  The weather was mild with light, intermittent rain.

Had the race actually been held, we’re confident that this would have been how it unfolded:

Anne Treadwell of Burlington lead the pack for most of the race with returning champ Adrienne Brueckner of Swanton close at her heels.  Despite slipping rounding the last turn on the golf course, Anne was able to hold Adrienne at bay and crossed the finish line in 20:24.  Erin Randall of Colchester was a strong contender and actually finished just behind Anne, almost half a minute before Adrienne.  However, post-race tests showed that, at some point during the race, Luna shared her dog treats with Erin in violation of GMAA and USATF anti-doping policies.  Accordingly, Erin was disqualified and Adrienne’s 21:03 earned her a silver medal to compliment last year’s gold.

On the men’s side, Binney Mitchell of Burlington and Allen Mead of Hinesburg had what could only be described as a cage match (or, rather, would be considered a cage match but GMAA bylaws demand that all races be cage-free).  Neck-in-neck for the entire race, the two approached the final stretch with the race clock reading 16:55.  Much to Binney’s eternal shame, his father, Peter Mitchell of Jericho, leading the 80-89 age group, blew past both Binney and Allen, finishing the race in 17:04.  Allen finished second in 17:06.  At the time of this writing, Binney still hasn’t finished the race and is reportedly still laying on the course sobbing inconsolably where he got passed by his old man.

Had there been a race, we’re confident that all past volunteers would have done so again and we thank them for their unquestionable good intentions.

See below pictures of Tom and Howard forgetting the race was cancelled and wondering where all the runners were and Tom and Howard with the donated food. 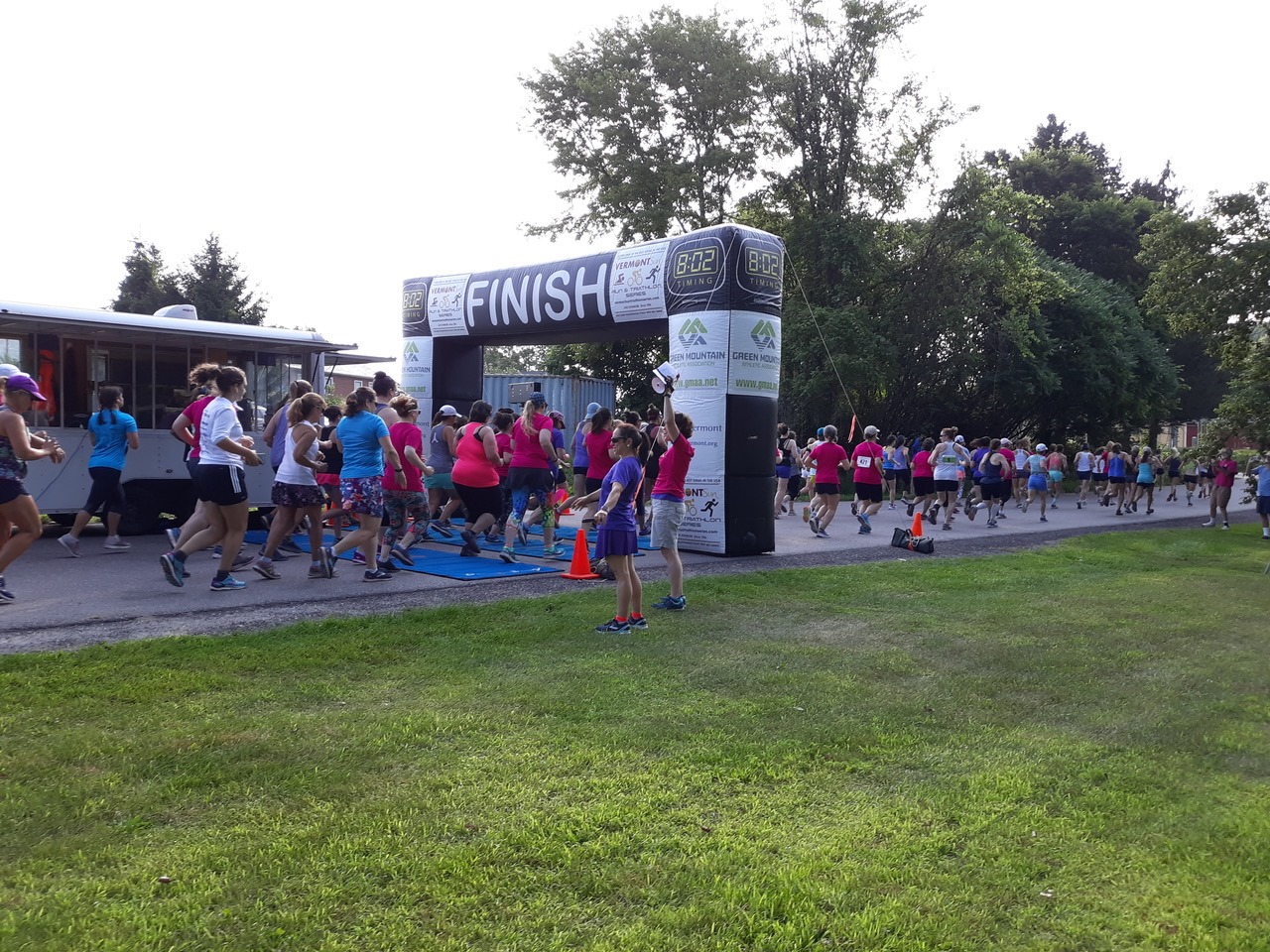 The 2020 Round Church Women’s Run 5K and 10K will be held as a virtual event this year. 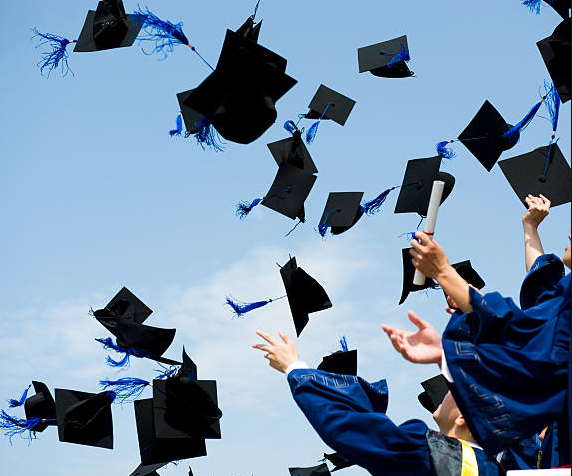 The GMAA will award three scholarships of $1,000 each to three graduating seniors to help fund their college careers.    The three winners were chosen among many applicants, and were determined based on their academic achievements, community and school involvement, and their love of the sport of running.

Emma Chadwick recently graduated from Essex High School, and will attend M.I.T. to major in aerospace engineering.  Emma was very active in high school, competing in cross-country, Nordic skiing, and track for all four years.  She also earned numerous academic honors, as well as held leadership positions throughout her high school career.  Emma has been involved in running since the 3rd grade, and writes that running “instilled a love for working hard, [and] for setting and achieving goals.”

Wondu Summa is another Burlington graduate, and will attend Franklin Pierce University this fall.  Wondu competed for BHS for all four years, and will continue competing when he enrolls at Franklin Pierce.  Wondu has also earned recognition for citizenship, has volunteered for other events at BHS and other Burlington schools, and is known by his neighbors to help them out with projects whenever he sees them working.  Wondu’s running career has helped him become more creative at school, and has really enjoyed learning.  He writes: “running has taught me so much, both on and off the trails.”

Isabelle Vivanco is a Burlington High School Graduate and will attend Smith College this fall.  She will likely choose a major in public health, library science, or education, and will also compete for Smith’s varsity cross-country team.  Isabelle participated in cross-country, Nordic skiing, and track, and was Burlington’s top runner.  Isabelle also volunteered generously for various activities within BHS and for the city of Burlington.  Isabelle says that running has taught her to be “mentally and physically tough in the face of challenges”, and finds her teams and the community of runners to be “endlessly supportive, inclusive, and inspiring”. 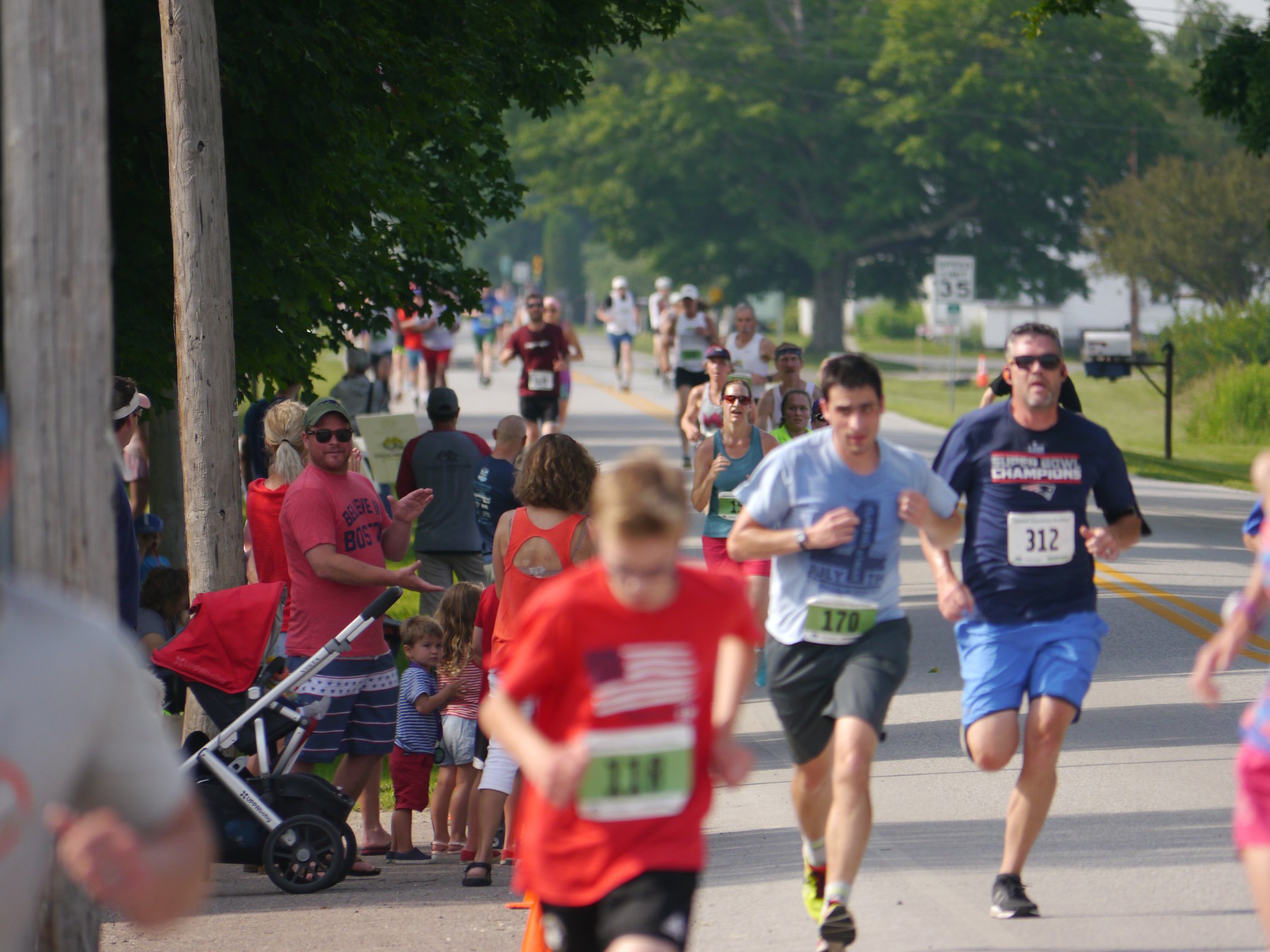 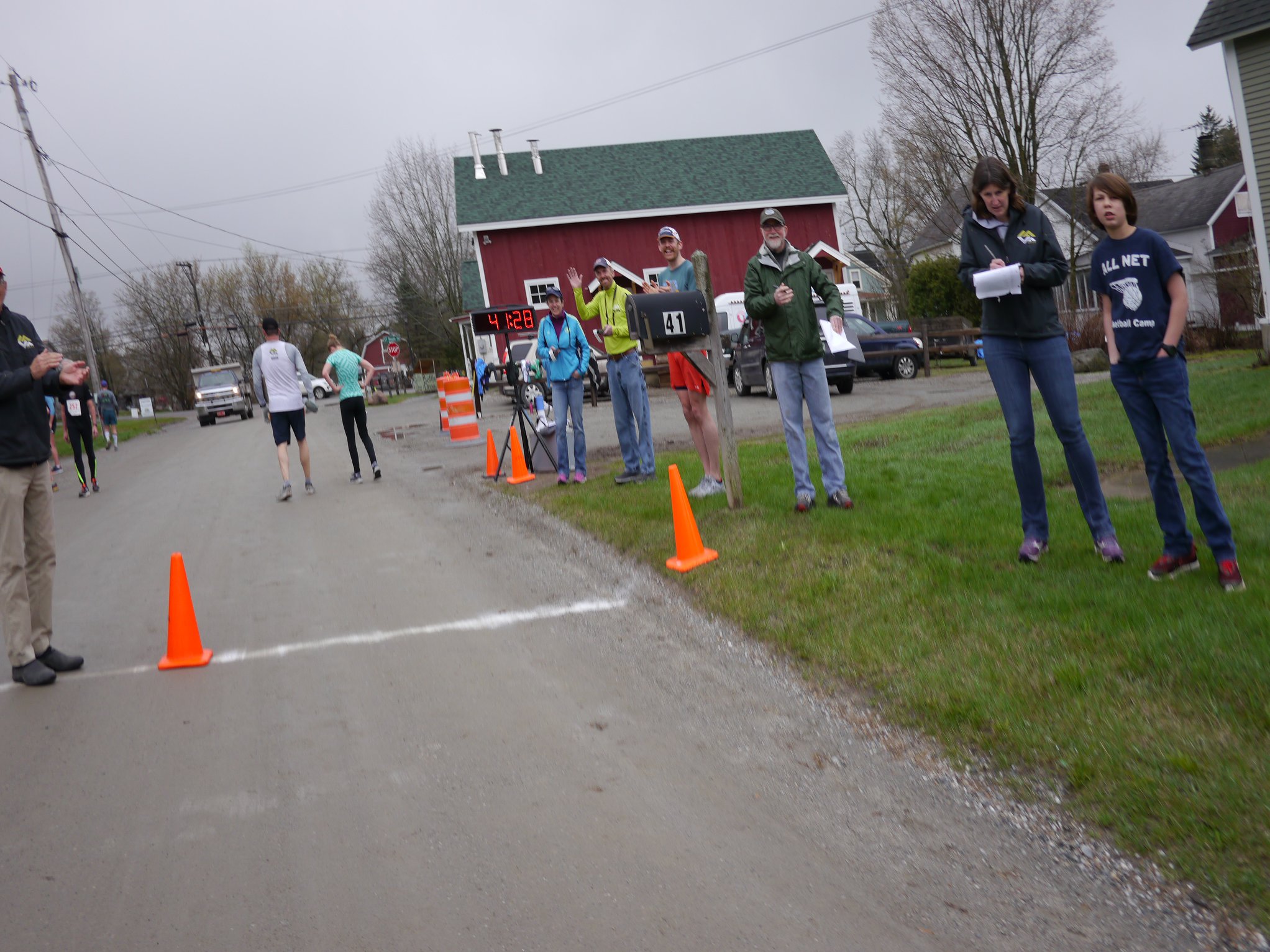 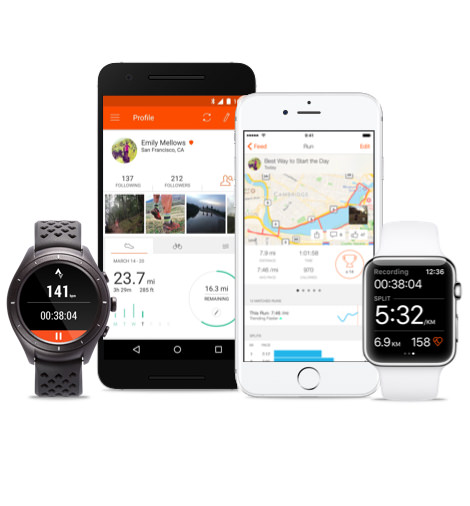 We’re all trying to figure out how to balance staying healthy and limiting the spread of COVID, while maintaining our fitness (and sanity). Fortunately for runners, running [1] is still encouraged within reason, and with a safe distance between people.

Since our spring races have been canceled, we thought that we’d put together some virtual challenges to give you some motivation to push yourself.

Starting this week — we’re announcing the Strava GMAA Segment Challenge! To participate, you’ll need a (free) Strava account. You’ll then need to join the GMAA Segment Challenge Strava club. Information is in the first post within the club, and copied below if you want to review before committing [2].

Spoiler: this week’s challenge segment is the Ti Mile in Shelburne! You have until the following Friday to complete the segment and have a chance at winning the weekly prize!

1) You must be a current GMAA member. Join or renew your membership HERE.
2) You’ll need a GPS watch that syncs to Strava, or use the (free) Strava app on your phone, to participate.
3) Scoring will be done by looking at the Segment Leaderboard on Strava each week filtered to this club.
4) The “Weekly Challenge Segment” will be announced on Thursday evening. You have until the *following Friday at 11:59 PM* to run the segment as many times as you’d like.
5) The organizers will do their best to select a segment that is safe, with no stop signs or dangerous road crossings. However it is your responsibility as a runner to be aware of your surroundings including traffic and other runners.
6) Scoring will not (always) be your traditional ‘fastest time’. The actual method to determine a winner will be announced along with the Segment Challenge each week.

If you have questions or want to check your GMAA membership status, please send a message to gmaa.virtualchallenge@gmail.com

[1] Don’t overdo the running and get injured. This is also a good time to get out on a bike!

[2] IMPORTANT: you are responsible for your own safety, and that of others around you. Make reasonable choices about when to run, and keep your eyes on traffic and others even when competing on a Segment.

If you’re like me this time of year, you are dreaming about your summer racing schedule — and skimping on the actual training. Well lucky for you, in addition to the GMAA racing schedule, you can pencil in even more dates on your calendar with the 2020 GMAA Team Racing Program!

The GMAA Team Racing Program has a fantastic line-up of races this year and an awesome group of runners who are waiting for you (yes, YOU!) to join them.

Join the Racing Team today! We welcome runners of all ages and ability — seriously, you could be brand new to running and we guarantee you’ll have a blast at these races. Tell your non-GMAA friends, such as folks who did cross-country or track (or any sports) back in the day, that may want a competitive outlet and to be part of a fun team environment.

*Note: a pass is not required to travel with the team and participate in these races. All USATF races do require a USATF membership, which is provided by the pass but can be purchased separately here.

Find the full details on the Team Racing Series and how to buy your pass today here.

Please don’t hesitate to reach out to either of the Team Racing Coordinators (Seth Kutikoff or Silas Talbot) if you have any questions about program details.

Welcome to the new Green Mountain Athletic Association website.  Please bear with us as we are still moving features and functions over from the ‘old’ GMAA website.  For example, you will be re-directed to the old site to register for races.  Comments, suggestions and feedback welcome!